The father of one of the 39 abducted college students in Kaduna State, Ibrahim Shamaki, is dead.

Ibrahim was the father of Fatima Shamaki, one of the girls with hijab seen in the video that was released by bandits who invaded the Federal College of Forestry Mechanisation in the Afaka area of the state.

According to family sources, late Shamaki died of a heart attack after he fell ill shortly after the news of his daughter’s abduction was broken to him. 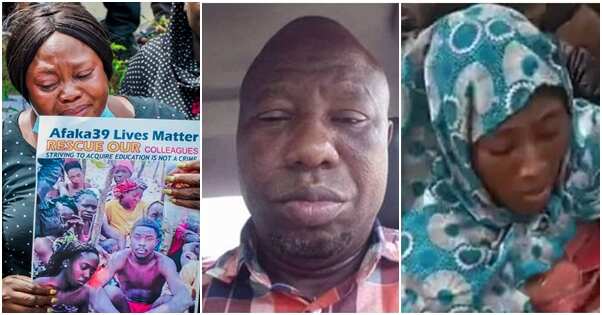 He was said to have later died on Friday evening while his relatives were about to take him to a hospital for further medical treatment.

The news of Ibrahim’s death broke hours after the state government met with representatives of the grieving parents of the missing students at the Government House in the state capital.

‘You Are Fake, Yet You Laugh With Chioma’ Nigerians Drags Davido’s Cousin Over Her...

Vanity Upon Vanity – See What A Yahoo Boy Was Caught Doing That Got...

Special, That’s How He Makes Me Feel – Ehi Ogbebor Shows Off Romantic Gift...