Nikki’s ex-boyfriend Pete Bennett has shared the heartbreaking final text she sent him before checking into an eating disorder clinic.

The Big Brother star was found dead at home on April 10 in her London home, a day after she was discharged from Dorset County Hospital in Dorchester after a three week stay to treat her anorexia.

Pete, who dated Nikki in 2006 after they rose to fame on the seventh series of Big Brother, revealed they had danced to Kate Bush’s song Babooshka not long before she tragically died aged 38. 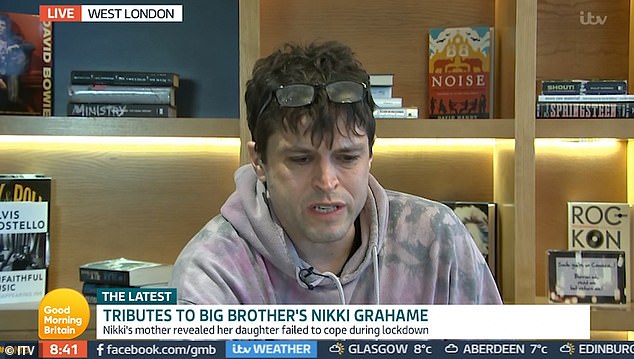 Devastated: Nikki Grahame’s ex-boyfriend Pete Bennett has shared the heartbreaking final text she sent him before checking into an eating disorder clinic (pictured on GMB)

In an interview with Heat Magazine, Pete, 39, shared his final text from Nikki, which read: ‘Hey Petie, all good my end. Starting a clinic on Monday, which is good. And the sun is shining today!’

The Big Brother star also said he was hoping to organise a special message from Kate Bush to boost Nikki’s spirits during her time in hospital.

He said: ‘I was looking to contact Kate Bush to see if she could send Nikki a message as I honestly thought that giving her a boost from her hero would help her start to feel more positive and recover.

‘But then we got the news that she was gone. And it was too late.’ 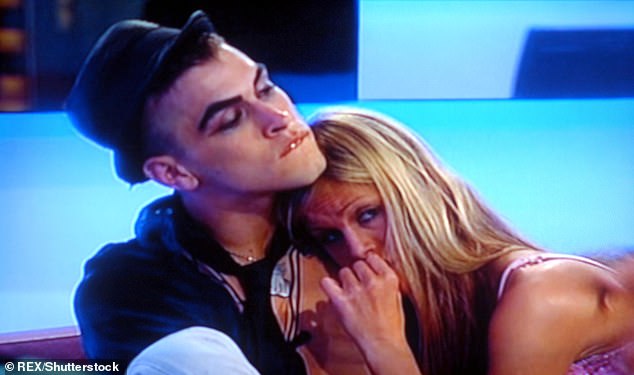 Close friendship: Pete, who dated Nikki in 2006 after they rose to fame on Big Brother, revealed they had danced to Kate Bush’s song Babooshka not long before she tragically died

During the interview, Pete touched upon their brief relationship and said it was ‘really hard to maintain a relationship out of the house’.

The television personality said there was too much pressure on their romance and joked she was ‘too much for me to handle’.

Pete said when they split up ‘it was quite raw’, but the pair formed a close friendship a year later and went on to be friends for 15 years.

Nikki was pictured with Pete in one of her final images, as she cuddled up to her ex-boyfriend in the poignant snap.

The reality star had struggled with anorexia for much of her life and was first admitted to a psychiatric hospital at age 12.

Last week, Nikki’s friends reactivated her fundraiser to help her heartbroken family pay for her funeral and help others with eating disorders.

The fundraiser was initially set up a month ago by Nikki’s friends and raised £65,000 for the Big Brother star to have specialist treatment for her eating disorder.

Her friends posted a message reading: ‘We just wanted to let you know that we are turning donations back on for anyone that would like to make a donation in Nikki’s memory, as lots of people have been asking if they can still donate. 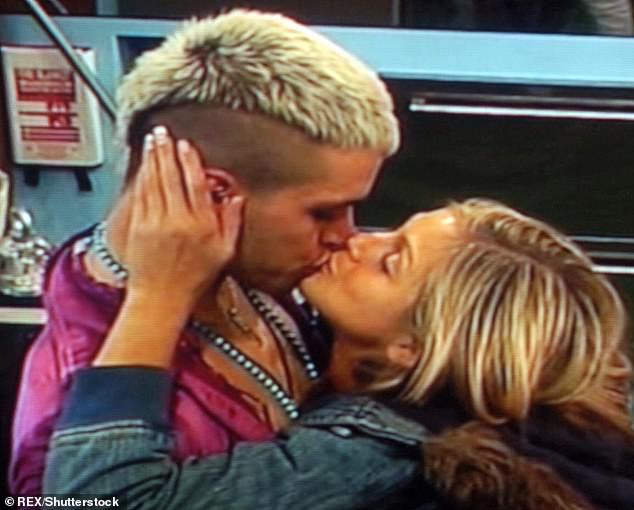 Lost love: Big Brother 7 winner Pete and Northwood native Nikki fell for each other in the house and enjoyed a brief romance after leaving the show

‘The crucial funding that has been lacking to help people in these awful situations has not been addressed, we will use this money to the best of our ability to try and stem this horrific, debilitating illness.’

After Pete’s interview it was revealed that health chiefs launched an investigation into Nikki’s death on Tuesday, after claims by her family that she was released too early from hospital, having weighed just five stone when she died.

And sources close to Nikki later claimed the star would ‘still be alive today if she wasn’t discharged too soon’.

Now Dorset County Hospital Foundation Trust, the trust which runs the hospital where the star had received treatment prior to her death, have launched a review into the case, according to the sun.

A spokesperson for the hospital told the paper: ‘Staff at the Trust were deeply saddened to learn of the death of Miss Grahame, and our thoughts are with the family and friends of Miss Grahame at this very difficult time.

‘A full internal investigation into the circumstances of Miss Grahame’s death is currently underway. This is in line with standard procedures following any sudden death.’

It comes after family members raised fears about Nikki’s release from hospital earlier this month.

A source told The Sun: ‘Those close to Nikki feel she would be alive today if she wasn’t discharged so soon. Her family feel she wasn’t strong enough physically to care for herself. It’s left them shocked and heartbroken.’ 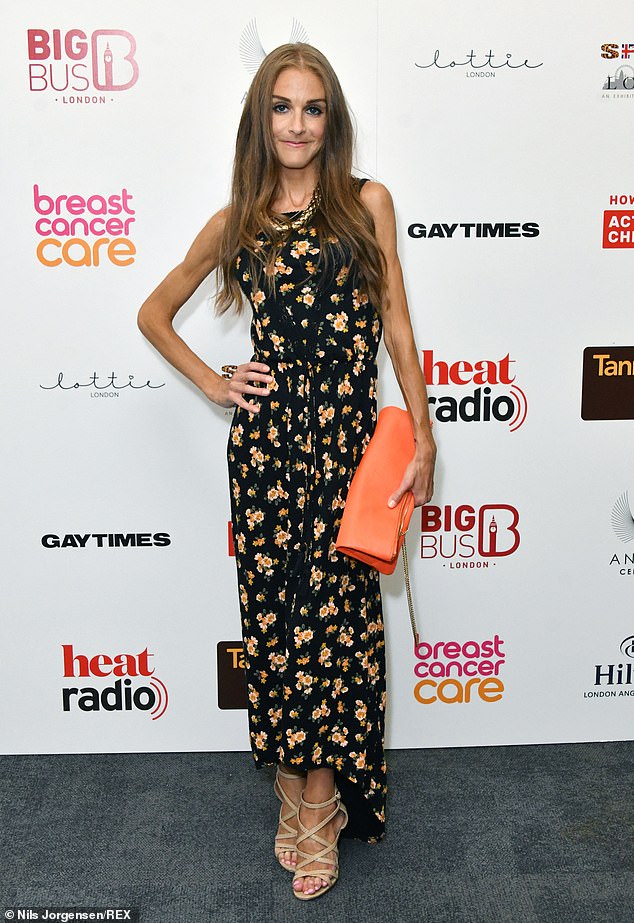 Heartbreaking: Nikki tragically passed away earlier this month after a 30-year battle with anorexia (pictured in 2018)

BBNaija Frodd Shares Awful Experience With Giveaway Winner After He Sent N50k Instead Of...

No Herdsmen In Ebonyi, We Didn’t Ask Them To Leave – Gov. Umahi

I Was Written Off But Never Gave Up – Kelechi Iheanacho