Bill Gates, who co-founded Microsoft, and his wife Melinda, are divorcing after 27 years of marriage..

The couple, who co-chair the Bill & Melinda Gates Foundation, a global health and development charity, announced their split on Twitter, saying they would continue to work together at the foundation.

“After a great deal of thought and a lot of work on our relationship, we have made the decision to end our marriage,” they said in a joint statement posted by each on their Twitter feed. “Over the last 27 years, we have raised three incredible children and built a foundation that works over the world to enable all people to lead healthy, productive lives. We continue to share a belief in that mission and will continue our work together at the foundation, but we no longer believe we can grow together as a couple in this next phase of our lives. We ask for space and privacy for our family as we begin to navigate this new life.” 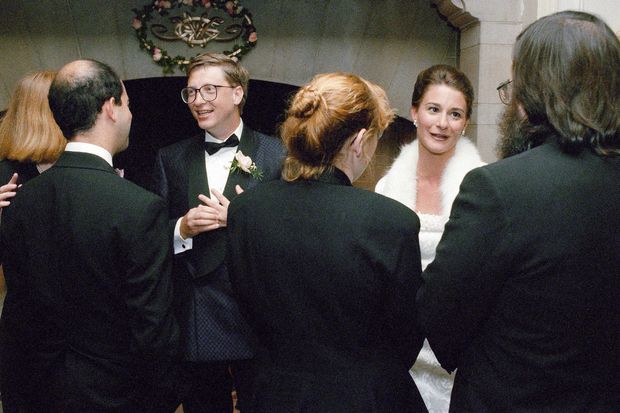 The couple met in 1987 after Melinda became a product manager at Microsoft and were seated next to each other at a business dinner in New York City.

In a 2019 Netflix documentary entitled “Inside Bill’s Brain,” Melinda laughed about the memory of finding a whiteboard in Bill’s bedroom that listed “the pros and the cons of getting married,” CNBC reported.

Melinda Gates spent a decade developing multimedia products at Microsoft before leaving to focus on their family and philanthropy, according to the Gates Foundation site. The couple have three children: Jenn, Rory, and Phoebe.

In 2015, Melinda Gates started Pivotal Ventures, an investment and incubator to help solve problems facing women and families. Her book, “The Moment of Lift: How Empowering Women Changes the World,” was published in 2019.

Attacks: Security Agencies Now Run To Us For Help – South-East Residents Cry Out

Abductors Of Kaduna Students Release Video Of Them In Captivity, Demand N500m For Their...

Another ESN Commander Has Taken Over – IPOB

Nigerians To Get Drug-Free Certificates Before Marriage – NDLEA Chairman