Home Yarn Gist Davido Surprise Her Daughter, Imade, With A Multimillion Range Rover For Her...

Davido has continued to prove how much he loves his children even though they are from different women. A few days after naming his son, Ifeanyi ‘Heir Apparent, the singer has gifted her daughter Imade a multimillion Ranger Rover.

The singer took to his Instagram page to share photos and video of the gift as he expresses how much he loves her while asking her daughter to enjoy her car.

yarngist.com News recalled that a few days ago, the singer stirred mixed reaction on social media after taking to his Instagram page to flaunt his customized blanket with Ifeanyi’s face.

Reacting to this, some netizens averred that Davido indirectly seeks Chioma’s attention as he misses her dearly, other media users gush over Davido’s love for his children.

Meanwhile, a few believe that Davido may be stirring unnecessary drama and envy among his baby mamas. 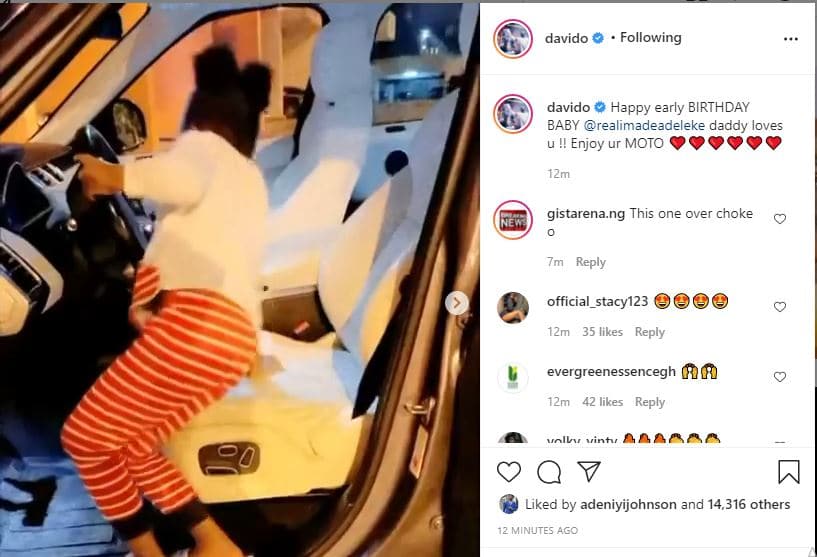 After A Mad Woman Went Into Labour, See Throwback Photos Of The Cute Baby...

Nigerians Lament As FG Hikes Fuel Price To 212 Per Litre

IPOB & ESN Are Not Unknown Gunmen Terrorising And Killing People In South-East –...