Home Yarn Gist Chelsea: Jacob Mellis Opens Up On The Smokebomb Incident That Saw Him...

Jacob Mellis is casting his mind back to the day at Chelsea’s Cobham training centre in 2012 when he pulled the pin on a smoke grenade and, unbeknownst to him, his top-flight career in English football.

‘It was just a normal training day,’ he recalls, slowly swivelling in his chair in a Marylebone office in the heart of central London. ‘I think a week before we had paintballing, so one of the boys must have brought one back, brought a smokebomb.’

The boy in question was team-mate Billy Clifford and even nine years on the story is well known, if a little light on detail. Mellis is happy to fill in the blanks. 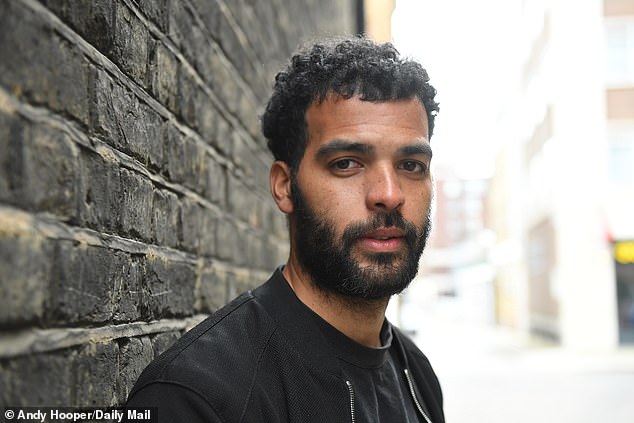 ‘It was in the locker. I didn’t know what it did to be fair, and I pulled the thing and it started making mad smoke.

‘I was trying to open the windows but obviously the fire alarm went off. So I was like “Argh, no!”

‘Neil Bath [Head of Youth Development] asked who did it. I said I pulled the thing, I didn’t know what it did.

‘The way it was made out was like there was a big evacuation. It wasn’t like anyone came to harm or anything like that, it was just a stupid prank gone wrong.’

The rest, as they say, is history. Clifford was fined and stayed on at Chelsea’s academy. Mellis did not.

There is one significant detail to his departure, however, that he wants to set straight.

‘Looking back, I feel like more could have been done to show that they didn’t just turf me out,’ he says. ‘I feel like since then it’s been like: “Oh, he got sacked”. I never got sacked.

‘With me, through all the years I’ve always just let people think what they want to think. But really, that’s not the right way to go about it.

‘I always used to think if I know the truth, what does it matter? But then every single club I’ve signed for, that’s the first thing they say. “Oh he got sacked”. 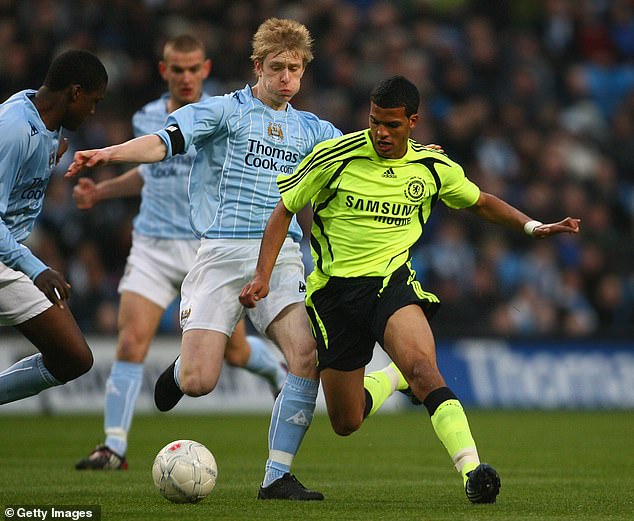 ‘When you’re 20 years old you don’t really think about the future. You just think I’ll let people think what they want to think.’

So what did happen?

‘I was very frustrated that year,’ he admits. ‘[Carlo] Ancelotti said go off on loan and next season you’re going to be with us. So I went on loan and when I came back, he left, [Andres] Villas-Boas came and I don’t think he really liked me too much to be fair.

‘Say someone’s injured, younger players would go in [the first team] instead of me, so you get that feeling. I couldn’t go out on loan either, I needed another year there to be homegrown. I thought if I’m not going to be playing anyway what does it matter?

‘I spoke to my agent before, and we sat down and discussed what we felt was the best thing to do. He said: “I think we should mutually agree to leave and go sign somewhere else. It’s time, your 20”.’

A trial with QPR was arranged, and a pathway forged back into the Premier League. Again, Mellis showed promise, netting in a reserve-team friendly against West Ham. Again, his hopes were derailed by matters off the pitch. 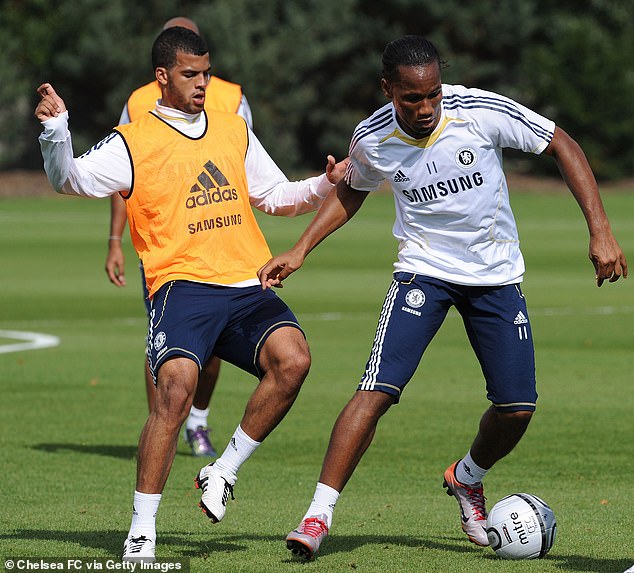 This time, a row with his then-girlfriend at their apartment in Cobham on a Saturday evening saw the police called and both arrested. The headlines on Monday morning painted an alarming picture that once again didn’t mirror up to the reality.

‘I was so stressed about that situation because when I got arrested they said: “You’ve had an argument with your girlfriend, no one is going to know about this”,’ Mellis says.

‘They let me out, they said you’ve got to go out the back gate because there’s press here, there’s press at your house so don’t go home. I was 20, I didn’t know what the hell was going on.

‘I went to my girlfriend’s dad’s house. And we just stayed there for a little bit.

‘She was even saying: “He’s done nothing” and then they just took both of us. They said they had to because it was a domestic disturbance. And on the front page was “bloody brawl”.’

The anguish caused by the episode was made clear by Mellis’s next step.

‘QPR didn’t say we don’t want you, I just told my agent I can’t go there, I don’t want to show my face there,’ he admits. 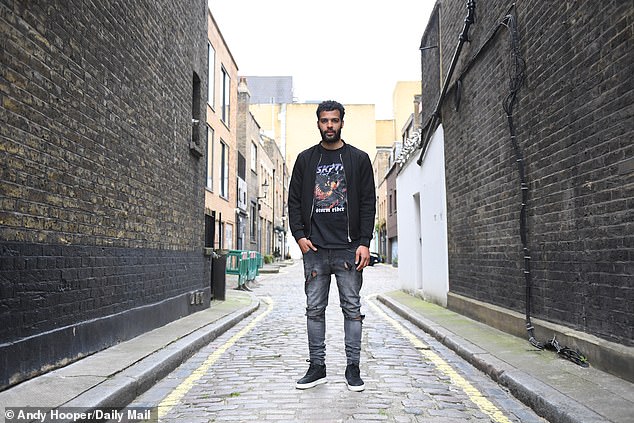 Now 30, Mellis admits that embarrassment played its part in his decision to quit a trial at QPR

‘I’m training with them and I’m embarrassed. I don’t really know any of the players. They had big players – [Adel] Taarabt, [Joey] Barton, Shaun Wright-Phillips – players like that. I thought, I’m not going there.

‘He was like: “You need to go, it doesn’t matter about that”. I was like “nah”, because I was so embarrassed, I was thinking they’re going to think I’ve done this. I didn’t go.

‘So from there [QPR boss] Mark Hughes was like OK well… to be fair, he said: “We’ve got enough trouble with Joey Barton!”‘

Mellis was born in Nottingham, growing up in a home with his mum, brother Niall and sister Georgia, with his dad still in the local area. But it was his Tottenham-daft uncle, Carl, who fuelled his passion for football.

At six, he started playing for local side Vernon Colts, before being selected to represent Nottingham Boys at County level. It was here he was spotted by Sheffield United at the age of 10.

He spent six years at the Yorkshire club before, against the wishes of manager Neil Warnock, he made the move to Stamford Bridge – Chelsea beating the likes of Manchester United and Liverpool to snap up the 16-year-old prospect for £1million.

‘At the time it was exciting,’ he says.

‘They were buying a lot of youth team players at that point. I just backed my ability. Everyone is telling you not to go there, but that kind of made me feel like more I want to go there and show what I can do. I thought I could improve as a player there. 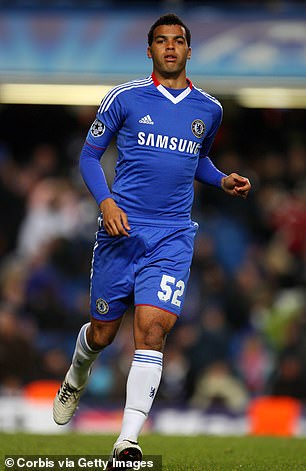 ‘We bought quite a lot of foreign players. There was Fabio Borini, Patrick van Aahnolt, Jeffrey Bruma – they were all bought at the same time as me. So we had quite a lot of good players, and obviously good coaches as well. We had Paul Clement, he was my youth team coach. Brendan Rodgers was the reserve team coach.

‘Looking back now, at the time you’re just there so you don’t really know, but the coaches were top coaches.’

There was a baptism of fire in the form of a loan move to League One Southampton in the summer of 2009, where Alan Pardew played him out of position and even hauled him off at half-time during a game after satisfying one of the clauses in the agreement.

‘That was the first chance in men’s football I got and it was a big wake-up call,’ he admits.

He was recalled in the January to provide cover for a squad depleted by the African Cup of Nations, and kept his spot the following season – making his debut against MSK Zilina in the Champions League.

‘I wasn’t supposed to come on that day to be fair, but then [John] Obi Mikel was warming up and he felt something in his hamstring,’ reveals Mellis.

‘So he was like I feel something in my hamstring, and Carlo [Ancelotti] turns round and says get ready. I was like “wow”.’

‘It was a blur to be fair. I was only on for a short period of time but running on and in the Champions League, at the time I didn’t realise how big it was.’

It would prove the high point of his Stamford Bridge stay. After the collapse of his QPR trial, Mellis was offered a deal in the Championship by Barnsley – a club he had previously impressed at while on loan. 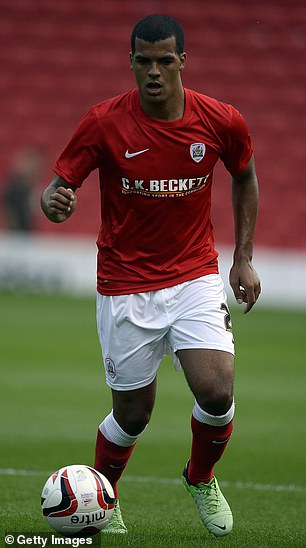 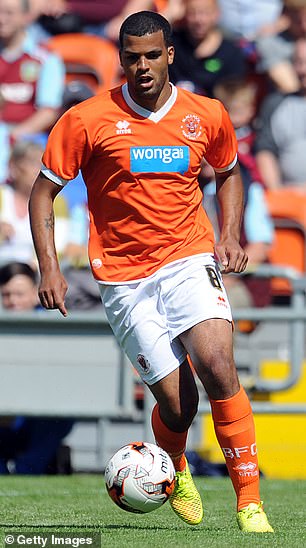 The faith shown by manager Keith Hill and assistant David Flitcroft was repaid as the midfielder stood out in his first season back in the second tier, but navigating the lower Leagues has been far from plain sailing – not least his time at Blackpool where he was one of just nine eligible players in Jose Riga’s squad on the morning of the first day of the 2014-15 season.

Relying on those that actually know him has come to colour Mellis’s career. Flitcroft has been part of the managing set-up at four of the clubs he has since signed for. Hill has signed him three times, and Steve Evans twice.

‘But really, say I wasn’t playing, I wouldn’t kick up a fuss. I’m not one of those players that will go and speak to a manager and say: “I want to play”.

‘I’m very shy when it comes to stuff like that. I just keep myself to myself. I’m probably misunderstood really. They probably thought: “He’s going to be causing trouble”. But it was never like that.’

The reality of his situation hit home earlier this year, when an incident from a night out while at Mansfield almost put paid to a move to Southend – his current club. 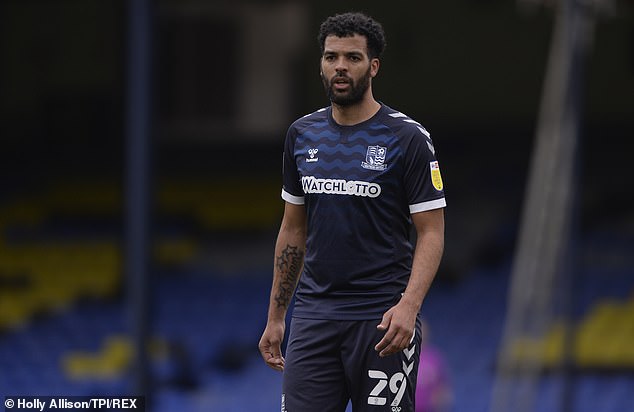 A night out with team-mate Dion Donohue ended with both arrested for assault and GBH. Mellis saw his charges eventually dropped, but mud sticks.

‘At first the club had to suspend me because they need to do their own investigation about what happened. It’s another one where it looks bad again,’ he says.

‘But after a week they said we’ve got pretty much the facts of what’s happened and they’ve brought me back in. I knew it was all on CCTV and it was just a case of waiting for it to end.

‘When I was younger, I would just forget about it, but this time it was hard.

‘I chose to go to Southend because I wanted to play football and I wanted to keep them up. When they signed me, everything was just like: “He’s going prison! He’s got a charge of GBH!”

‘My sister, it upset her a lot to be fair. Even the manager he asked me. The club didn’t know what was going on so they still thought I had this case. I had to explain myself to them. It just looks bad.’

It has been a cruel reminder of a lesson Mellis has had to learn the hard way.

‘If you don’t know the facts about something, and nobody has ever said any different, I feel like people are still going to think that,’ he says.

‘People always revert back to that [the smokebomb]. I feel like from then, I didn’t understand how much of an impact that would have on my career.

‘I thought people would just think: “Oh yeah it’s cool” and it just be forgotten, but obviously nothing is ever really forgotten, because every time I sign for a new team they’ll just say [pressing his finger into his palm] “this, this”. 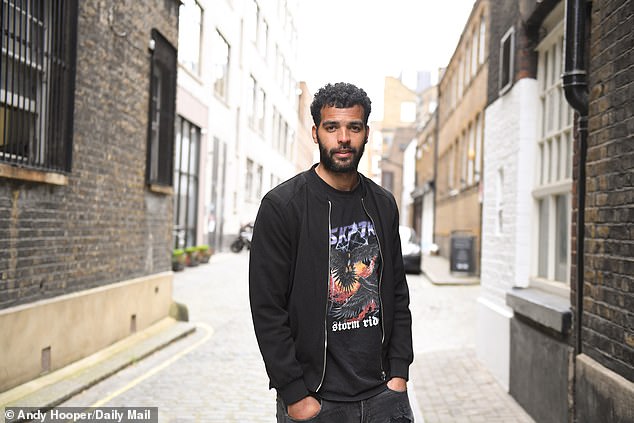 ‘It’s disappointing and looking back I probably should have nipped it in the bud. I just let it happen.’

What advice, then, would he have for his 20-year-old self, with all he has had to endure today?

‘I’d say come out and speak.

Use Your Money To Invest, Not To Impress- Reno Omokri Advises

Can Buhari Operate Android Phone Not To Talk Of Making Genocidal Tweet – Ayo...