Home Yarn Gist I Only Returned To Nigeria Because Of NYSC – Denola Grey Explains...

Popular Fashion enthusiast, actor, and model Denola Adepetun, who is more easily known as Denola Grey reveals some of the deepest battles he’s had to fight to date. Denola further explained more about his recent disclosure about his battles with depression and anxiety attacks.

Mr Denola Grey who made further disclosure about his mental health struggle while on a talk show with a media personality, Chude Jideonwo, revealed that he has had to battle depression and panic attacks several times.

But also revealed that returning to Nigeria has helped him a lot as it has brought out the hustle in him which has helped him reach a new level of awakening.

Denola Grey said, “I was anxious and depressed multiple times and got over it. I never wanted anyone to pity me. I am a ‘solve your problem’ kind of man. If anything goes wrong in my life, I believe it’s up to me to fix it. 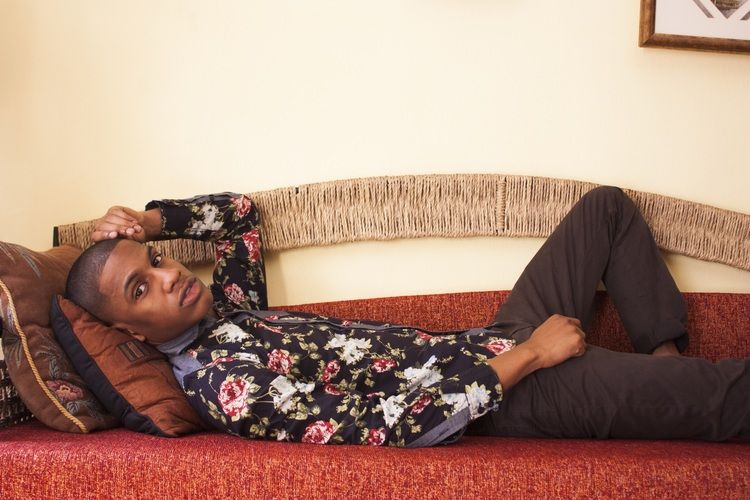 Would I ask for emotional support from my family and friends? Yes. But, even that is a recent development. I used to face everything myself. In 2018, I had a bit of an awakening and decided it was time to be a bit more mindful. I started taking responsibility for my own blind spots and where I needed more work.”

Denola Grey also maintained that he did not get to where he is on a silver platter. He said, “At 23, I had no other skills apart from fashion and journalism. And I had to make it work in Lagos with no friends.  I had some friends but I had been away (from the country) for five years. I had to navigate through that. I have worked hard for everything I have.

There were two years in my life when I was working for free. When people think that nepotism is involved, people will view you through their own level of awareness and perception. I cannot control that. You can feel either way you want about me. I don’t mean this in a condescending way but I don’t know you and I don’t care.”

When asked why he returned to Nigeria, he said, “I ask myself that question every day. I don’t like sharing this but I am also a British citizen. I just wanted to observe the National Youth Service Corps scheme and leave because Nigeria represented a lot of pain for me. I wasn’t understood here.

I was not allowed to be myself. However, I am happy I moved back. Nigeria taught me how to hustle. It doesn’t escape me for a second that I am incredibly blessed but I also know the amount of hard work that it took to get me here. Whether you like or not, Nigeria will pull the hustle out of you. I stayed because there was a bigger lesson to be learnt.” Denola Grey

See The Gift Davido Just Got His Daughter, Imade [video]

Prophet TB Joshua Should Have Been Prosecuted For Church Collapse – Wole Soyinka Blows...

If You Enter A Church Room And Noticed These 5 Things, Kindly Run For...