Home Yarn Gist I Will NOT Be Linking My NIN To My Phone Number –...

2020 Woman of The Year, Aisha Yesufu, has revealed that she will not link her National Identification Number to her phone number as required by the Federal Government.

Giving reason for her decision, Yesufu stated that linking her NIN to her phone number will have her information in the control of a terrorist sympathiser and his cohorts. She disclosed this in a tweet which demanded the sacking or resignation of the Minister of Communications and Digital Economy, Isa Pantami.

LET ME REPEAT CATEGORICALLY WHAT I HAVE SAID BEFORE. I WILL NOT BE LINKING MY NIN TO MY PHONE NUMBER! I WILL RATHER NOT HAVE A PHONE LINE THAN WILLINGLY GIVE MY INFORMATION AND HAVE IT IN THE CONTROL OF A TERRORIST SYMPATHISER AND HIS COHORTS #PANTAMIMUSTGO 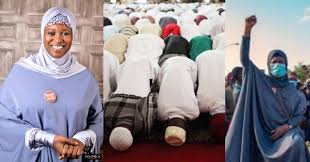 Decision To Remain As One Nigeria Can Not Be Determined By Lugard – Nnamdi...

Alex Iwobi Speaks On His Relationship With His Uncle, JJ Okocha, Says He Doesn’t...