An Israeli Airstrikes has destroyed a building in Gaza that houses international media offices including Al Jazeera and the Associated Press.

The Israeli army told the owner of the Al-Jalaa tower about the strike an hour before the bombing. AP staff and others in the building evacuated immediately.

It is currently unclear whether there were casualties in the attack. Video footage shows the 12-storey building collapse, with smoke billowing from it and debris flying into the air. 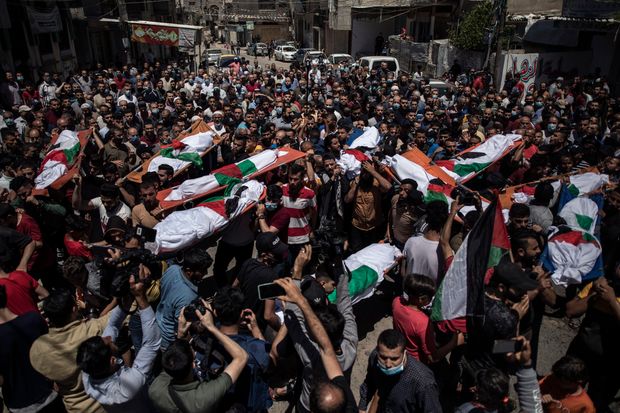 AP’s CEO Gary Pruitt said he was “shocked and horrified that the Israeli military would target and destroy the building housing AP’s bureau and other news organizations in Gaza”. 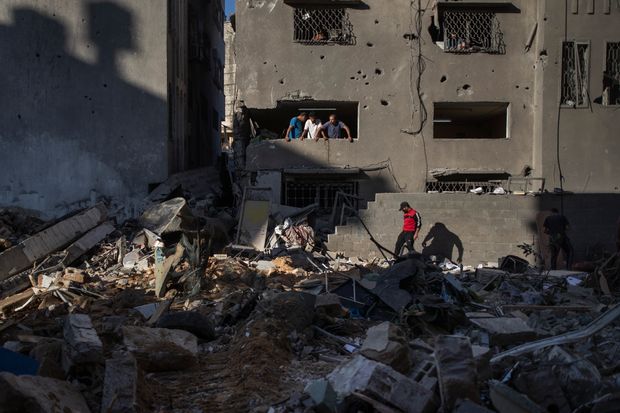 “Hamas deliberately places military targets at the heart of densely populated civilian areas in the Gaza Strip,” the spokesperson added, also saying that the army gave people inside the building “ample time to evacuate”. 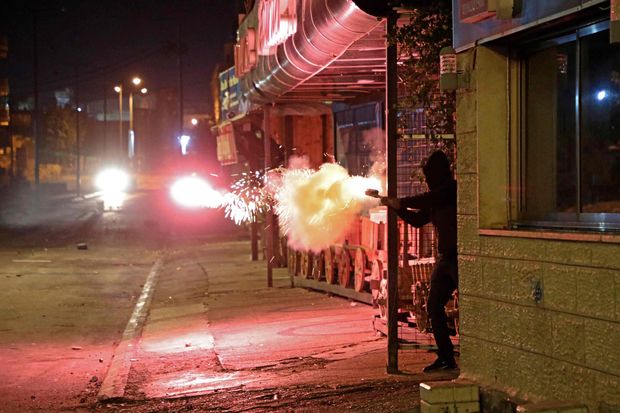 A spokesperson said that the BBC does not have offices in the tower, contrary to reports on social media. Meanwhile, the death toll in Gaza rose after an Israeli air raid killed at least 10 Palestinians in the deadliest single strike since violence erupted in the region earlier this week.

The strike on a three-storey house in a refugee camp in the city is understood to have killed eight children and two women from an extended family. Official figures show that 139 Palestinians have been killed, including 39 children, and nine people killed on the other side in Israel. 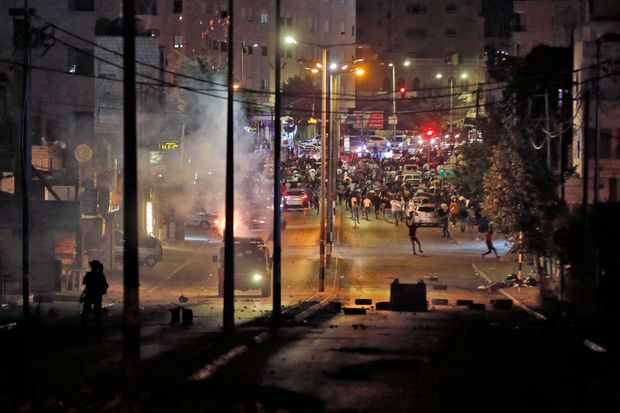 Meanwhile, Israel said that since Monday the country has been under the “most intense rocket barrage ever” from Gaza, saying it was worse than the seven-week 2014 war in terms of quantity and speed. The official, who spoke to foreign reporters on the condition of anonymity, said that since Monday Hamas and other militants in Gaza had fired over 2,300 rockets, which is five times the total amount of rockets fired at Israel during the whole of 2020.

He added that Israel has hit back with equally unprecedented intensity: during a 40-minute ground and air bombardment on Gaza on Friday early morning, he said, the military had dropped a staggering 500 tonnes of munitions on the blockaded strip.

The army said it was targeting an underground network of tunnels the call the “metro”. “The escalation this time is much more or intense and fast than the 2014 war,” he told The Independent during a briefing with foreign reporters. “It’s the most intense barrage of airstrikes ever.”

The senior official also claimed that that Israeli military had “totally destroyed” all of Hamas’s missile manufacturing capabilities in Gaza, after the air force struck 31 different production compounds. “We have to destroy their missile manufacturing infrastructure. What [rockets] they have now is what they already had,” he added. The Independent was unable to verify these claims.

The Biden administration’s envoy Hady Amr, deputy assistant secretary for Israel and Palestinian affairs, arrived in Israel on Friday hoping to be able to bring both sides down from the brink.

Egyptian mediators, who were furiously shuttling between the two sides, have so far failed to broker a deal. The Israeli official said his country would have “zero tolerance” towards any missile fired at the country.

The military admitted that during Friday’s overnight offensive, which they said targeted operatives responsible for ground force interceptors, the army pretended to launch a ground invasion in Gaza to encourage militants to return to their tunnels which were then pounded.

There were reports that the army even deliberately misled foreign media with a tweet suggesting there were Israeli troops within the Strip. “[The bombardment] was a huge blow morally to Hamas,” he said, without ruling out that the barrage might “soften the ground” for an actual ground invasion.

I Was Offered N100million To Incriminate Davido In The Death Of His Friend, Tagbo...