Home Yarn Gist Many Boko Haram Commanders Are Willing To Surrender If Given Amnesty –...

Kaduna-based Islamic cleric, Sheikh Ahmad Gumi, has revealed that several Boko Haram commanders are willing to surrender and urged the federal government to use proper engagement to negotiate with the group.

Gumi, who spoke yesterday after hosting the released students of the Federal College of Forestry Mechanisation, Afaka, Kaduna also reiterated his call on the government to negotiate with bandits.

The cleric noted that information at his disposal revealed that many Boko Haram commanders were willing to surrender and be integrated into society. He further disclosed that the bandits were also putting pressure on him to assist them with amnesty. 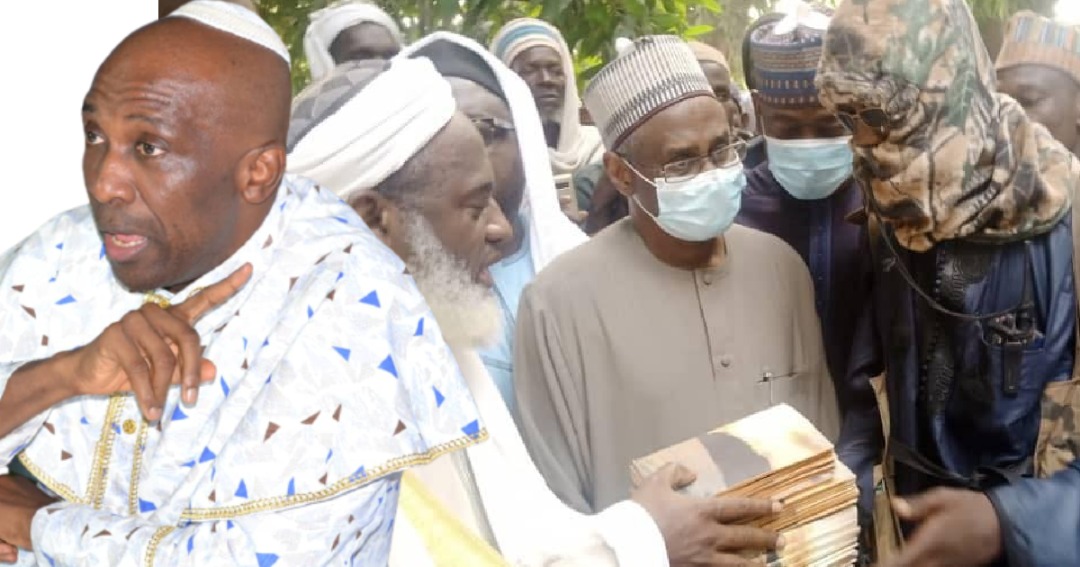 “But with Boko Haram – although we have reliable information from some contacts too that many of their commanders want to surrender; So, I think that with serious engagement and government involvement in these issues on a serious note, I think we will overcome. You see, in Nigeria, we are a tribal society. So, every group has elders that they listen to,” Gumi explained.

Gumi also disclosed that he had reached out to 80 per cent of the bandits’ leaders and they were willing to surrender, adding that the remaining 20 per cent were the ones still causing havoc.

He also argued that the government should engage the bandits and provide them with schools and amnesty so that they could live a normal life.

According to him, the bandits are not more than 100,000, adding that government should be able to provide for their needs.
The cleric revealed that the bandits that kidnapped the Kaduna Greenfield University students have also suspended their initial plan to kill the students and expressed the hope that they will also regain their freedom.

On whether ransom was paid for the release of the school of forestry students, Gumi said his team did not pay any ransom.
He, however, added that some parents, who were impatient, went behind his team to tell the bandits that they were willing to pay.

Gumi pointed out that he did not know if those parents paid ransom or not.
Reacting to the issue of whether the students were molested sexually or not, Gumi disclosed that a notorious bandit who wanted to take away a female student to unknown location to molest her was killed by his colleagues to prove the point that they were not irresponsible but were just agitating for better welfare.

According to him, the bandits are different from the Indigenous People of Biafra (IPOB) and the other groups agitating in the South because they believe in the government of Nigeria and other constituted authorities.
Speaking earlier at the reception he held for the released Afaka students, Gumi asked them to put the ugly past behind them and pursue their education.

“My appeal to government is to engage with the bandits so that the bandits can abandon their ways.
“They are already showing signs that they are ready. They have grievances, which I think if we come together we can cure this menace in a very short time,” he said. 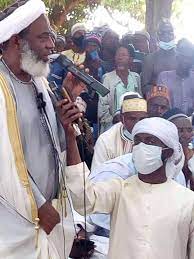 “If there is that level of communication, then negotiation comes in the third phase.
“These are people who have been involved in this kind of criminality for a long time, we have to use psychology on them because it is not possible over night to just consent. But preaching to them, admonishing them and showing them the way out of their problems helped a lot in getting them to understand and release these children.”

Also in his remarks former President Olusegun Obasanjo, who was represented by Mr. Vitalis Ortese, congratulated everyone for making it possible for the release of the students and expressed the hope that “this will lead to the release of other persons in captivity.”

Speaking on behalf of the parents, Mr. Friday Sani, expressed gratitude to Gumi and Obasanjo for their roles in ensuring the release of the students.

He said: “We are here to appreciate the emancipating team led by Sheikh Gumi. He stood by us to the end. We are happy that our children are back to us.
“The leaders of tomorrow who will make this country proud. We want to give God the glory for what He has done for us.

“We are praying that God will help them to overcome the trauma they went through.
“Some of us have been going in and out of hospitals for them to receive proper treatment.
“We need the support of the government to rehabilitate these children so that they will be fit enough to return to school. Today is a happy day for us.”

Meet The Man Who Found Love While In Prison And Got Married There, See...