Home Yarn Gist There Will Be No Election In Yorubaland In 2023 – Sunday Igboho...

Yoruba activist, Sunday Adeyemo, popularly known as Sunday Igboho, says there will be no election in the South-West states in 2023, according to reports.

Igboho disclosed this while speaking with other agitators at a rally held on Saturday in Osogbo, the Osun State capital, to demand the Yoruba nation.

He said that the Yoruba nation must leave now as it is no more a slave to the northerners.

Ighoho sought unity among Yoruba people and asked all that are aggrieved to come together.
The Yoruba freedom fighter also asked the Oyo and the Federal governments and the Nigeria Police Force to immediately release all Odua Peoples Congress (OPC) members in custody over the arrest of the Fulani warlord Isikilu Wakili in Ibarapa.

Recall that the Oyo State Police Command announced that it took into custody some members of the OPC connected with the earlier arrest of Wakili.

But Ighoho, during the rally, warned against their continued detention.

He said, “I urge the Oyo, Federal Governments and police to release OPC member who arrested Fulani herdsmen terrorising Yoruba people in Ibarapa land immediately, before all, Yorubas will come out en masse to protest against it. 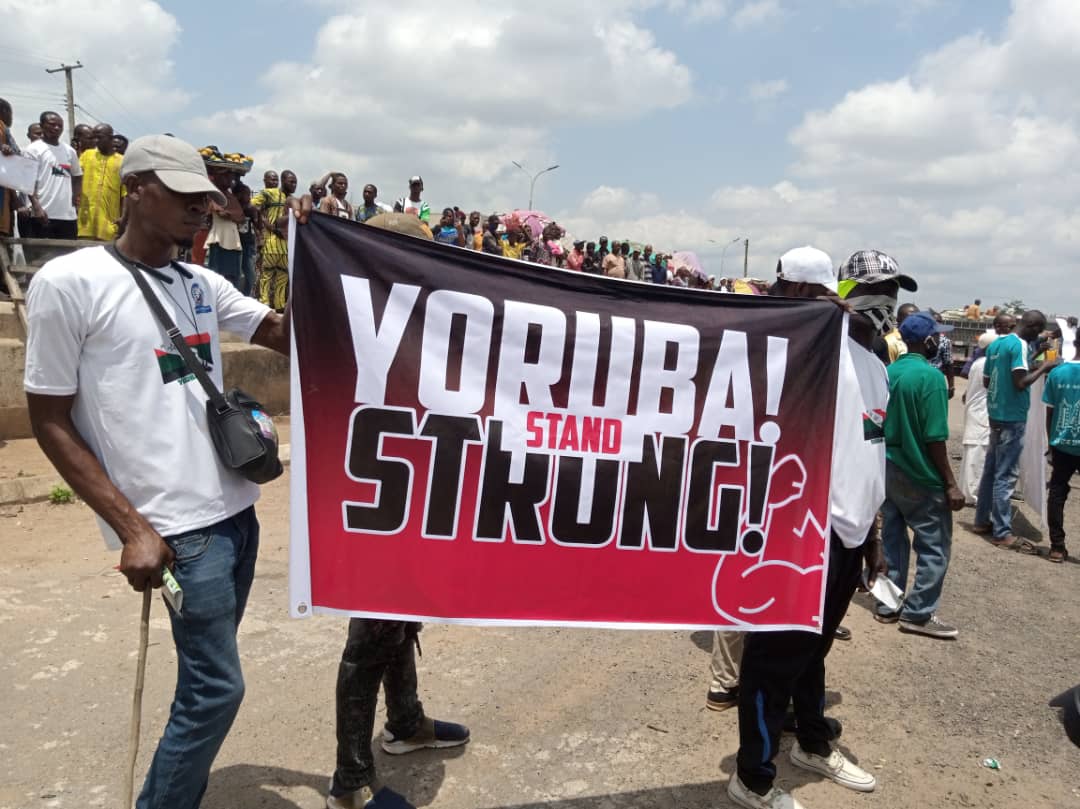 “They apprehended some Fulanis who were disrupting the peace of Ibarapa and handed them over to the police. But the Oyo State Police and Nigerian Government now arrested them which should not be so.”

The Queen Wipes Away A Tear As She Sits Alone At Prince Philip’s Funeral...