The protest started on Monday following the disengagement of over seven thousand civil servants at the state and local governments by the Kaduna State government. 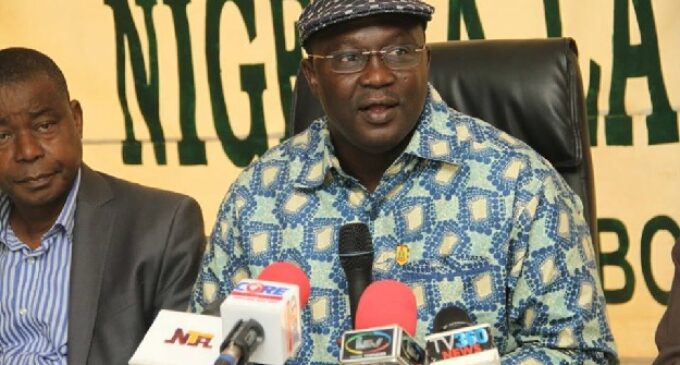 The strike has paralysed critical sectors of the economy in the state and the state governor Nasir El-Rufai in reaction declared the NLC Chairman and other leaders wanted for economic sabotage and attacks on public infrastructure in Kaduna State under the Miscellaneous Offences Act.

Despite this, the workers again gathered on Wednesday morning at the state NLC secretariat amidst heavy security chanting songs of solidarity. The protest was done amid heavy security due to an earlier attack on the workers by armed thugs who hurled stones at them and injured many.

The NLC Chairman earlier on Tuesday accused the state governor El-Rufai of sponsoring thugs to disrupt the protest.

Wabba said he informed the DSS after he received earlier information of the plan to disrupt the protest. 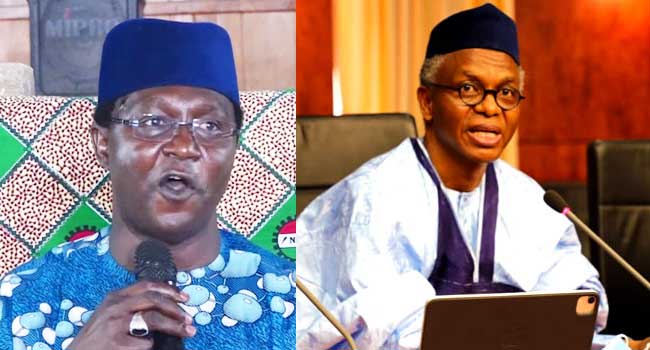 “Today is a very sad moment in the history of democracy in Nigeria. Early in the morning today, we got credible information that El-Rufai has hired one Alhaji Hassan and some thugs to come and attack us.

“While we are here, they came but thank God we have chased them away because we have the number. We are not thugs And We Are Not Using Thugs we are Nigerian workers,” Wabba said.

Woman Who Was Captured Breastfeeding Her Baby During A Match Has Been Offered A...