David Luiz gave an emotional farewell speech to his Arsenal teammates ahead of their final match of the Premier League season, with the centre-back leaving the Emirates when his contract expires this summer.

The 34-year-old moved to north London from Chelsea in 2019 and despite becoming an integral part of the squad under Mikel Arteta, all parties decided not to extend his stay and he will bid farewell to the Emirates on Sunday. Arsenal can still leapfrog rivals Tottenham and land a place in the Europa Conference League if they beat Brighton and other results go their way. 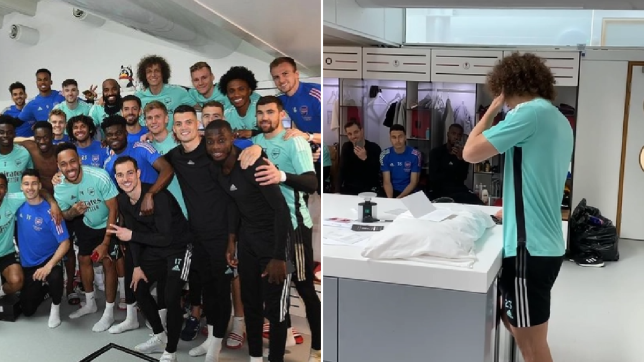 Victory would be a perfect send-off for Luiz, who has struggled with injury recently, and the Brazilian gave a heartfelt speech to the Arsenal squad on the eve of the game, even revealing his desire to move into coaching – though he still has a few more years left as a player.

‘If, in some moments, I did something bad with you guys, sorry, but it was always my intention to give my best for you guys,’ he told the squad at Arsenal’s London Colney training ground on Saturday.

‘It was always my intention to help you guys. I think you guys understood a bit that I am a collective person, so my happiness is to see the others happy. So I try my best. Thank you so much. I hope to see you soon guys. I’m going to play for a few more years and soon I’m going to be coach… so maybe someone from here is going to be my player! I don’t see a lot of parts for young players! [laughs]. 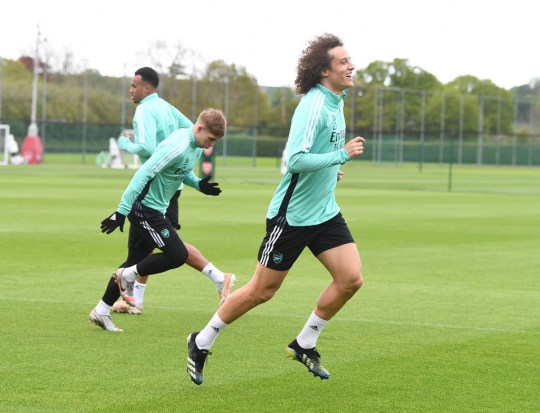 ‘But for sure it’s great. It’s never easy when you finish a cycle but it’s always great because God has the best for us. I just say to you guys, especially the young guys, enjoy it because football goes so quickly. One day I was the youngest in the changing room, now I’m the oldest.’

At this point Luiz’s voice started to croak and he became rather tearful, prompting a round of applause from his teammates, before he finished off his speech.

‘I’ve just played football, and continued to play football, because I really love football, that’s why,’ he added. ‘So enjoy this moment of our lives. One day it’s going to finish, but try to finish it at the high level – and the high level is giving everything every day and enjoy and share moments together.’

If You Want To Know Whether She’s Wife Material, Give Her N500k To Hold...

Party Turns Bloody As Two Men Die Over A Girl In Oshodi Area Of...

Video Of OAP Kelz Using Drone To Track Down A Thief That Stole A...