Hassan, who was  sworn in on Friday to become the country’s first female president, led a government procession filing past the coffin, offering her condolences to Magufuli’s wife.

“It is too soon for you to go, father. You touched our lives and we still needed you,” said one mourner, Beatrice Edward. “We lost our defender,” said another, Suleiman Mbonde, a tradesman.

Many wore black, or the green and yellow colours of the ruling Chama Cha Mapinduzi (CCM) party, but few inside the stadium or among the packed crowds outside wore face masks.

Hassan announced on Wednesday that Magufuli, 61, had died from a heart condition. His unexplained absence – the government had denied he was ill, and several people were arrested for spreading rumours about his health – fuelled speculation that he was being treated for coronavirus abroad.

Tundu Lissu, Tanzania’s main opposition leader, who lives in exile in Belgium, insists his sources said Magufuli had died a week earlier from the disease that he had long downplayed. 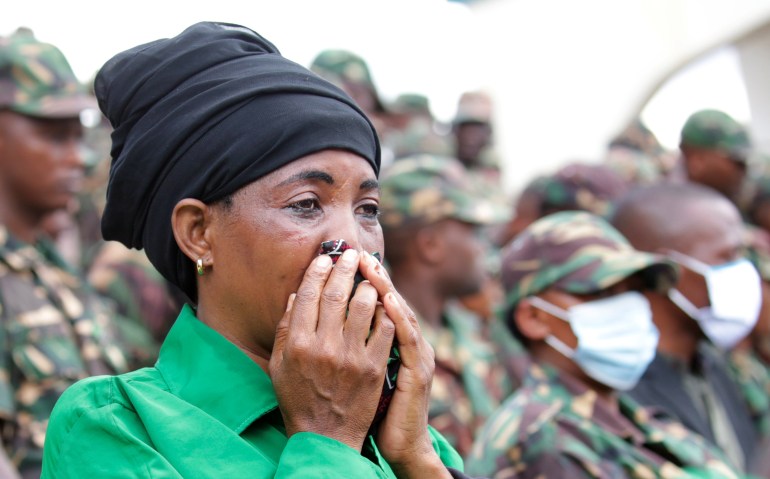 Magufuli had long denied that COVID-19 was a problem in Tanzania.

He had declared that prayer had rid the country of the disease, refused face masks or lockdown measures, stopped the publication of case statistics and championed alternative medicine, decrying vaccines as “dangerous”.

But by February, cases had soared.

After the deaths of a number of senior figures – officially from respiratory problems and pneumonia – the president popularly known as the “Bulldozer” had to concede that the virus was still circulating and was indeed a danger. 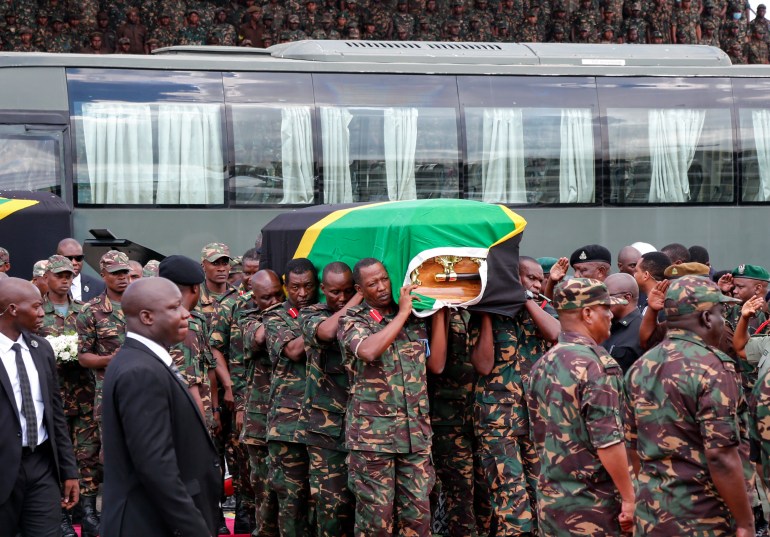 While Hassan says she will take over where Magufuli left off, many hope she will usher in a change in leadership style from her predecessor, under whose rule there had been a sharp crackdown on the opposition, media and civil society.

All eyes will be on her handling of the pandemic.

On Saturday, the new president convened a special meeting of CCM but it concluded without news of appointing a new deputy.

Under the constitution, the 61-year-old will serve the remainder of Magufuli’s second five-year term, which does not expire until 2025.

She has announced a 21-day mourning period. The late president will lie in state in several locations across Tanzania before his burial next Friday in his home town of Chato.

See How Boko Haram Terrorists Killed An Entire Community In A 13 Hours Uninterrupted...

Chioma Wasn’t Smart, She Knew Davido Had Other Baby Mamas, But Still Got Pregnant...