During a Facebook Live broadcast with his media aide, Olayomi Koiki on Saturday night, Sunday Igboho challenged the man of God over his silence on the quest for the birth of the Yoruba nation.

According to Sunday, Pastor Adeboye is silent on the issue even though he has a large audience he could direct to the cause of his struggle and for that, he deserves no form of sympathy while raining curses on him and other non-supportive leaders. “Has Baba supported Yoruba nation that we will now be greeting him? We don’t need to greet Adeboye. What is my own with that? We are not doing church here. This is not religion.

“Pastor Adeboye didn’t speak about Yoruba nation. Look at the number of crowd in Baba Adeboye’s church. Is he not supposed to tell all of them to join Yoruba nation? We don’t need to greet him. “God himself will start asking questions from all the enemies of the Yoruba race. By the grace of God, anybody who says Yoruba will not get to the promised land, God will kill their children and wives and their entire family.” 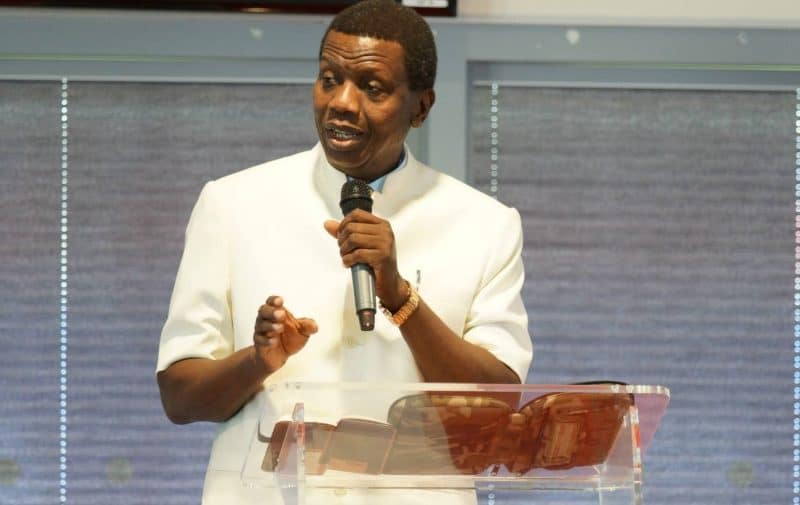 “Anybody who does not support Yoruba nation, those who have powers, be it pastors or anybody that has the followers, but does not support Yoruba nation, God I call on you; you’re the one who owns me and the creator of everything. Those elders who see our sufferings, who see that the Fulanis are kidnapping us and collecting ransom, but choose not to support us, as you kill their children, kill their wives. So shall it be!”

Guardiola Says Tuchel ‘Gave Him The Tactics’ For The Champions League Final Ahead Of...

Bank Cleaner Quits Her Job After 35 Years, Drops Emotional Note For Her Boss