Home Yarn Gist Davido Speaks On Not Being Surprised That Colleagues Didn’t Celebrate Him On...

Nigerian musician, David Adeleke professionally known as Davido, has reacted to a fan’s observation that his colleagues refused to celebrate and congratulate him on his 10th anniversary in the music industry.

The DMW founder recently marked his 10th year in the entertainment industry and it trended on social media platforms. 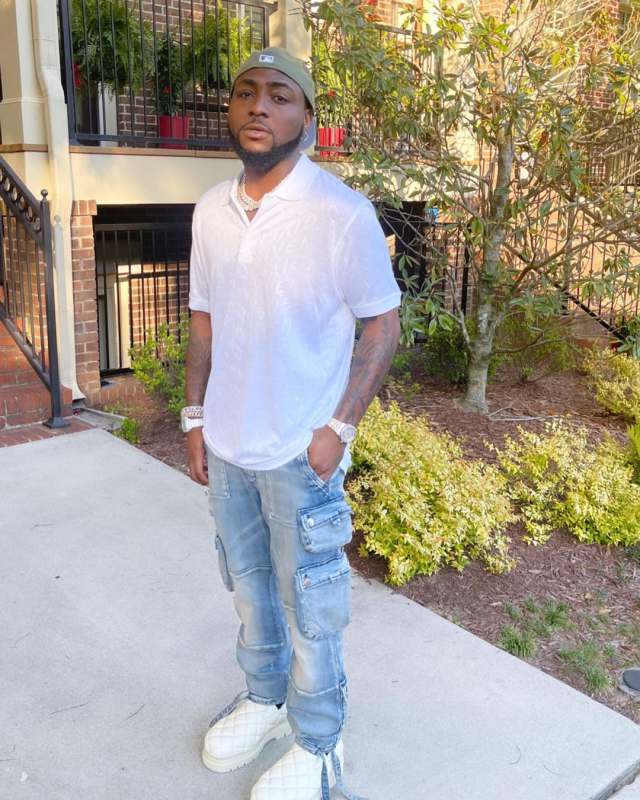 Fans, as well as celebrities sent in congratulatory messages and praised him for his consistency and resilience in the past 10 years.

However, a fan pointed out that most of the people who celebrated Davido were his fans and not his colleagues. The Twitter user insinuated that the bigwigs in the Nigerian entertainment industry snubbed Davido’s 10th anniversary.

“Most of the praises Davido got for his 10 years anniversary came from his fans.. his colleagues out there acting all blind and shii,” the fan tweeted. 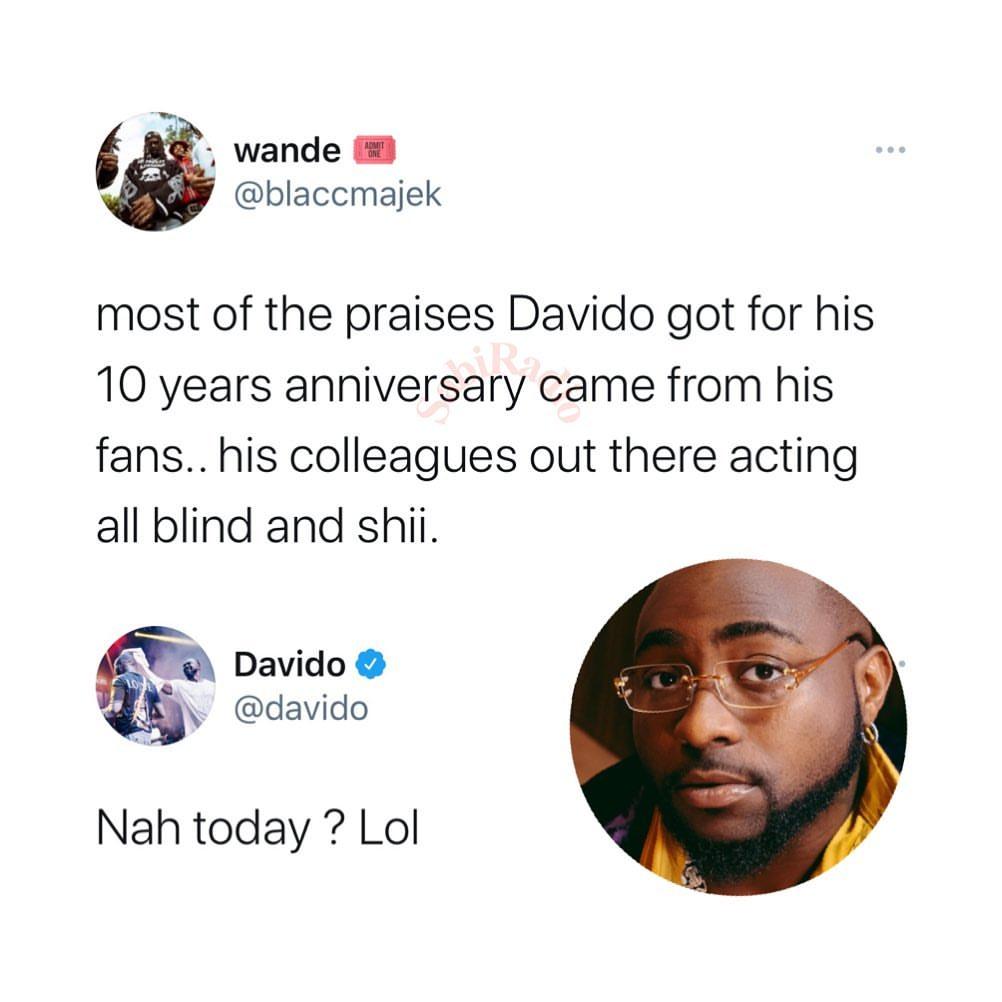 In reaction, Davido noted that he is not surprised because the lack of acknowledgement of his craft has been going on for a long time.

My Cousin Pays Me To Act As A Servant Because He Lied To His...

”I’m Not Going Back” – Young Man Who Just Got Released From Prison Says...

It Is Unfair To Compare Herdsmen To IPOB Because Herdsmen Only Kidnap Children For...